We started planning this trip a year ago when Katie’s cousin from Boston visited Minnesota for a wedding in the family. We didn’t think too much about it at the time but the more research we did on Boston and New England we started to get excited and starting booking things! We decided we would go to Boston for a couple nights and mosey up the coast to Acadia National Park.

After booking all of our lodging and making a list of things that we wanted to do and see, we slowly packed over the week before launch.

Blast off!! We took Delta to Boston Logan International from Minneapolis and the flight was quick and uneventful. We were lucky enough to have Katie’s cousin Kirsten meet us at the airport! We got off the plane, met with Kirsten and made our way to the rental cars. I had a free upgrade from some credit card or AAA so I was pretty excited. Katie mentioned that she had always wanted a convertible rental car. Conveniently my free upgrade did not include this. We decided to go for it and went in kind of blind. When we got out to the parking lot there were no convertibles. We were a little stumped at this point but then some teenager pulls up in a 2018 Chevy Camaro SS. 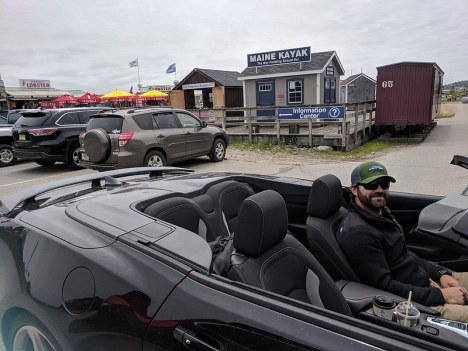 It was pretty sweet! We packed our 2 bags and filled it to the brim. #convertiblelife.. We then headed to Kirsten’s apartment which was in Southie. It was a beautiful drive! We hid the car away in the garage, put our bags inside and walked to a local bar and then The Lawn on D which was a pretty cool concept! 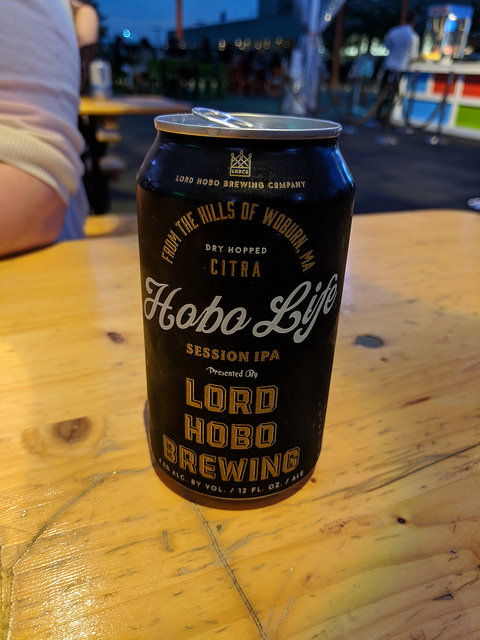 They had a couple bars with quite a few taps as well as bocce, swings that light up and are powered by the sun and live music on the weekends!

We walked back to Kirsten’s apartment and hit the hay pretty quick as we had a pretty long day of travel and site seeing!

When Kirsten’s parents found out we were going to be out on the East Coast they insisted that we come stay at their house for a night! They live in a beautiful town called Marshfield. We planned on going to Cape Cod and Provincetown any way so we went for it! We left Boston early and did a day trip down to The Cape and P-town and ate a lobster roll and strolled around. It was a beautiful drive and area! 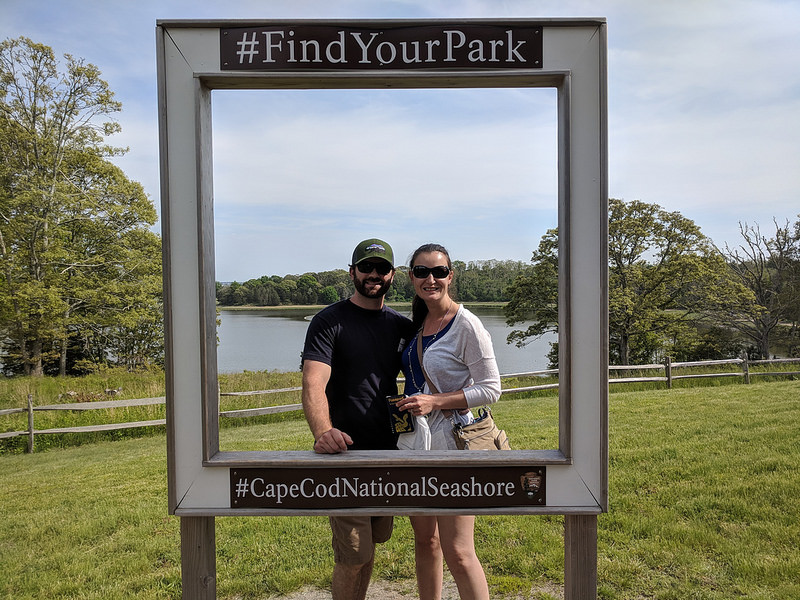 We then headed back to Kirsten’s parent’s house and we were greeted with meats, cheeses, wine and the best damn gin and tonic I’ve ever had. We had some good burgers for dinner on their beautiful deck and chatted about where we were going and what we were going to do the rest of our trip. We didn’t last to incredibly late into the night as this was another big day. We hit the hay on the comfiest sheets we’d ever felt. I had to make sure to check Katie’s bag before we left to make sure she didn’t take them!

We got up in the morning after the quietest night sleep I can ever remember and they insisted on taking us to The Point Restaurant for breakfast right on the water by their house. When we got back to their lovely house we said our thank yous and goodbyes! They made us feel amazingly comfortable and we will always remember this trip and their kindness!

We drove back to Kirsten’s apartment, parked the car and headed on our way across town to walk the Freedom Trail. We walked pretty much the whole trail from Boston Common, by the State House, in front of Park Street Church, through Granary Burying Ground, around King’s Chapel and King’s Chapel Burying Ground, By the Benjamin Franklin Statue, by Old Corner Stone Book Store, Old South Meeting House, the Old State House, The Boston Massacre Site, Faneuil Hall, Paul Revere’s House, Old North Church, Copps Hill Burying Ground, The USS constitution was out for repair so we missed her, 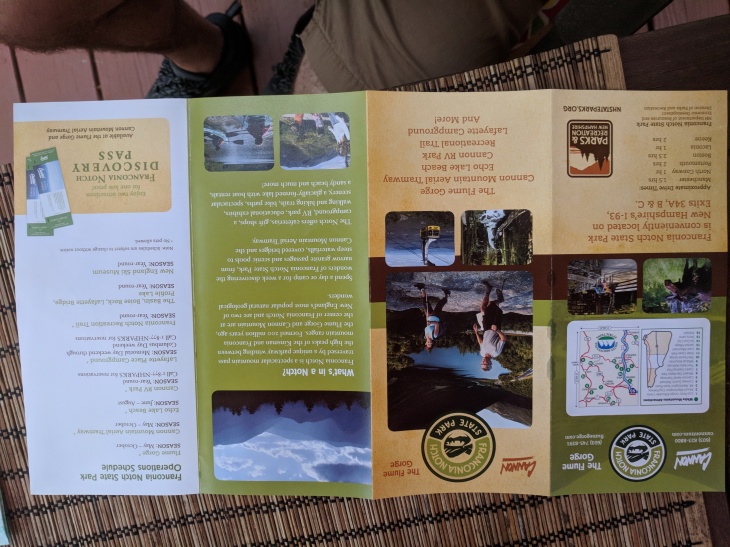 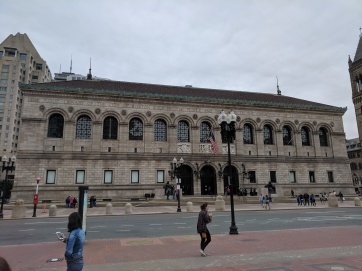 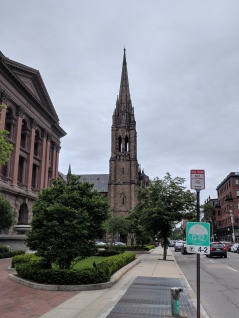 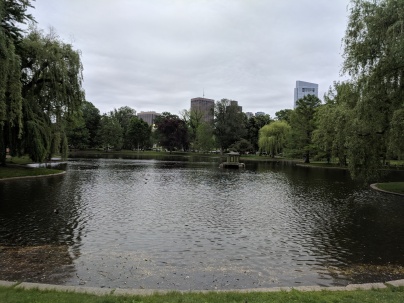 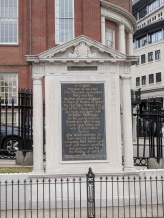 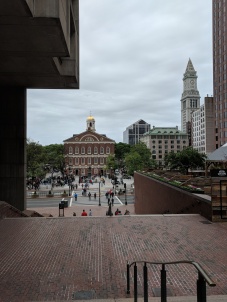 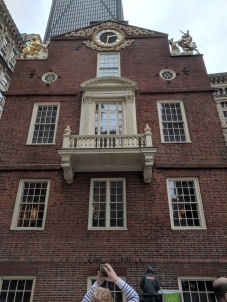 After we were done with the Freedom Trail we went to an Italian Restaurant called Monica’s Trattoria and it was fantastic! The outside and dining area was really quaint and comfy. It’s the closest taste of true Italian flavors that I’ve had outside of Italy. I’d highly recommend if you’re ever on the North side of Boston.

After dinner we took the subway back to Kirsten’s apartment and got ready to hit the road the following day! I also saw this church that was turned into apartments for some reason. It was really interesting!!

When we got up we said our thank you’s and goodbyes to Kirsten! She was an amazing and gracious host!!

We took off out of Boston and hit the open road up the Atlantic coast! Our first stop was Tracy’s Wharf in Newburyport MA! It was a pleasant little stop for a bathroom break! 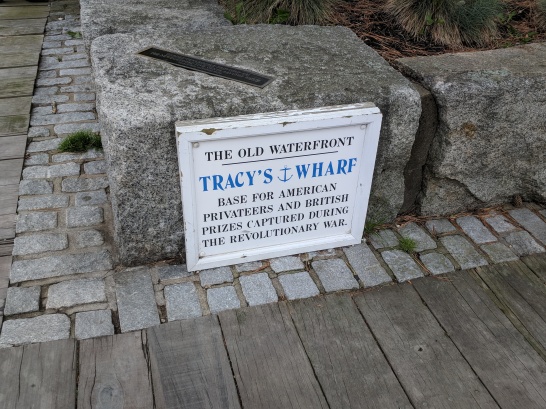 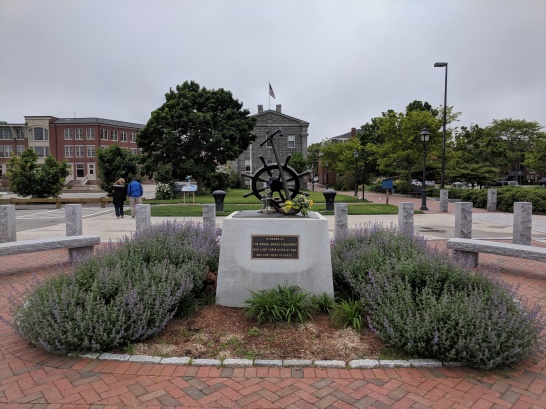 Our next stop was Wiscasset, ME for a lobster roll from Red’s Eats!!! When we pulled up the line was 30 people long and there was another lobster roll place right across the street with a couple people in line. We decided to go for the lesser of lines… BIG MISTAKE! Don’t let the picture fool you. It was either old or rotten or both. It was the worst Lobster Roll of the trip.

After Wiscasset we made our way to Camden, ME for a beer and to walk around the seaside. We stopped at Sea Dog Brewing and it was mediocre! The town was beautiful though!

Our next stop was Elsworth, ME. We got to Bar Harbor and were greeted by a cute little coastal town! We got to our motel and decided to forfeit a paid night due to contract workers from Russia and Mongolia staying right beneath us partying hard, surrounding our rental car, cat-calling Katie and being ass holes. But our next hotel was spot on and in a quieter location. It’s my fault for booking a motel in the first place. After all of this we went over to Atlantic Brewing Midtown for a quick beer! We then went over to see what the tide looked like because at low tide you can walk across the bay to Bar Island but must make it back before high tide because it’s hundreds of dollars for someone to come get you and you look stupid because there are lots of signs saying to watch out for this. We followed the rules and made it okay! 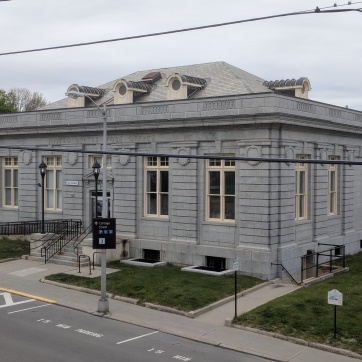 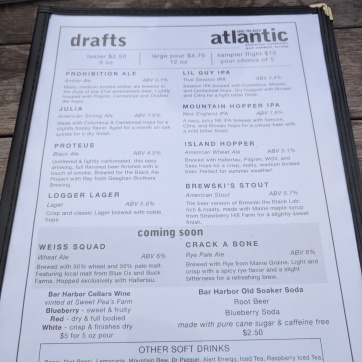 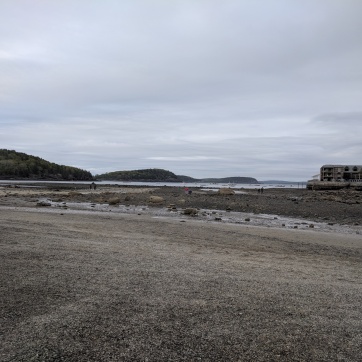 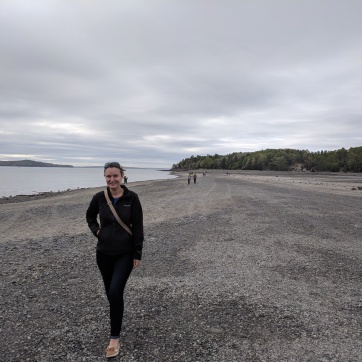 After Bar Island we headed over to the Thirsty Whale for some drinks and a Lobsta Roll. Now this Lobster Roll was the best I’ve ever had. We finished dinner and spent the remainder of the evening walking around the downtown Bar Harbor and then headed back to our hotel! 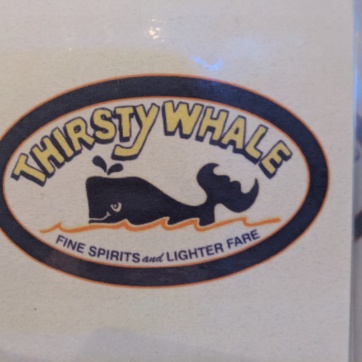 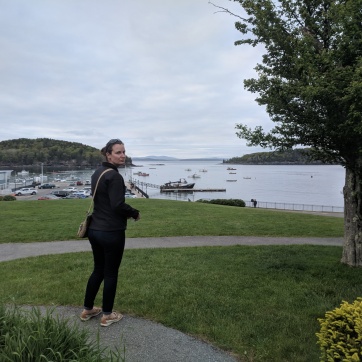 We woke up and decided today would be a good day to go around Acadia! We walked around Jordon Pond and drove up Cadillac Mountain! 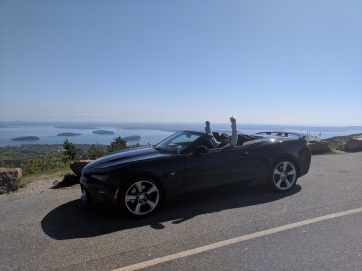 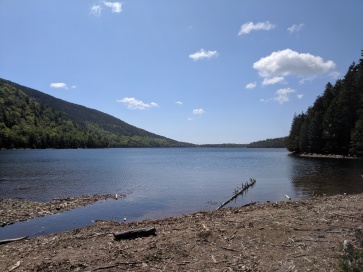 We left Bar harbor and headed toward the White Mountains of New Hampshire. We got to our hotel in Lincoln, NH. We went to the White Mountains Visitor Center and got some stickers and other gifts. It was so damn hot in NH that we didn’t feel like doing anything!

After Lincoln, NE we headed over to Albany NY and stayed at a hotel near the airport so we could return the rental car a day early and take the free shuttle to the airport the following morning for our early flight.

To sum up, I liked the east coast a lot more than I thought I was going to. I thought highway 1 going up the coast was VERY reminiscent of highway 61 up on the North Shore in Minnesota except way longer and it was the ocean instead of Lake Superior. I’d go back to the east coast in my life time for sure!

View all posts by NTG

This site uses Akismet to reduce spam. Learn how your comment data is processed.

Calm foggy morning today!!
Good little birthday trip to northern Minnesota. Found some roads we've never been on and camp spots we plan to stay longer.
Great little trip to northern Minnesota scouting camp spots and scenic roads. Mission accomplished!
5 years ago today I had the pleasure and honor of marrying my best friend! We've been through and done a lot in the past five years from kissing our butts goodbye in Hawaii when we got the inbound ballistic missile warning ("this is not a drill seek shelter immediately") on our phones to hiking through Italy several times enjoying la dolce vita. Our relationship is a bit like others where there are ups and downs but what makes ours special is that we don't quit, we do things our way and we always work as a team. Doing those things makes us come out stronger and closer on the other side. It has been an amazing journey so far with you and I can't wait to see what the future will bring! I love ya @g.katie1 !
Thinking about wandering around Italy, drinking wine and taking photos with @g.katie1 ...
Beautiful sunset last night!